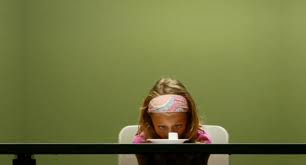 [An open letter sent to the School of Informatics of the University of Edinburgh.]

We write to urge you to join the strike on 30 November, sponsored by UCU and EIS and timed to coincide with actions by unions across the UK. If you are not a member of UCU or EIS, we urge you to support the strike by not coming in to work and by refusing to cross picket lines.

In 1972, psychologist Walter Mischel conducted an experiment at Stanford University. Over 600 children, aged 4 to 6, were put into a room free of distractions, given a marshmallow, and told they would be left alone for fifteen minutes. They were free to eat the marshmallow, but if they held out for fifteen minutes, they would be given a second marshmallow as a reward. One third held out for the bigger payoff. A follow-up study, 18 years later, revealed that the one-third who deferred gratification were remarkably more successful across a range of activities, including scoring more than 200 points higher on SAT college admission tests. Holding out for the second marshmallow is a salient indicator of success in later life.

If ability to delay gratification correlates with success, one might expect successful people to take a long-term view. For instance, one might expect academics in a leading institution to rate receiving a decent pension more highly than the hassle of supporting a strike. But ask someone in the Informatics Forum if they are planning to strike, and they are likely to say "No, I have a meeting booked for that day." To whom do they owe more? The person they are meeting? Their future self? Or how about future hires, who will be hit hardest by the cuts, and future students, who deserve to inherit a university system that remains world-class?

Over the last year, USS has imposed a drastic cut in pensions: 36% of the value of the pension for Mary, a new lecturer promoted to senior lecturer after ten years; and 12% of the value of the pension for John, someone just like Mary except he's currently employed rather than a new hire. This is a classic divide-and-rule tactic. While staff may be less inclined to fight a 12% cut than a 36% cut, the two-tier system is unfair and unlikely to last: historically, two-tier systems are updated within a few years by moving everyone to the lower tier. Details of the cuts are listed below.

What about our students? EUSA, the student union, is supporting the strike. They know that these cuts will weaken universities. During the last strike, in March, sometimes there were more students than staff manning the pickets. If our students support the strike, shouldn't we support them?

Aren't pensions gold-plated? The UK historically spends less on pensions than other European nations. Private-sector pensions have degraded over the past few decades; we should support efforts to restore those to decent levels, not agree to decimating public-sector pensions as well. It's not fair for public employees to give up their pensions to pay for bank bailouts.

In this day and age, can we afford it? The UK is renowned for its world-class universities: Cambridge, Oxford, Imperial, Edinburgh, Manchester. Look at a list of the top-ten universities in the world, and you will see only universities from the US and UK. That excellence is a huge driver of innovation and growth. If the UK stops its investment in universities, it won't be long before we feel that loss throughout the economy. So the question should be, can we afford to shortchange universities, particularly the younger generation that is hardest hit by these proposals?

It may be easier to give in, but the right plan is to keep our pensions and our universities strong for future generations. Let's hold out for the second marshmallow.


A summary of the changes.

Introduction of a two-tier system. Current staff who pay into the pension fund for forty years receive a pension of one-half their final salary; new hires who do the same receive a pension of one-half their average salary. Basing pensions on average rather than final salary may be sensible, but to do so with no adjustment in multiplier suggests employers are using this as an excuse to slip in a large cut; it means new hires receive about 2/3 the benefits received by old hires. Further, if this follows the course of other two-tier schemes, the upper tier will be eliminated in favour of the lower, and old hires as well as new will see their pension slashed.

Altering the index of inflation. The Retail Price Index (RPI) is replaced by the Consumer Price Index (CPI). RPI is calculated with an arithmetic mean, CPI with a geometric mean, which is always less. CPI runs about 0.7% lower than RPI; a cut of 0.7% per year over twenty years compounds to a 13% reduction.

Changes to conditions. Staff that take a career break of 30 months will be demoted from the final-salary to average-salary scheme, about a 1/3 cut; this particularly affects women. The same will happen to staff that are made redundant, a double whammy: if you lose your job, you also lose a large proportion of your pension.

I'm a fan of Bill Nighy, doubly so after viewing this video on the Robin Hood Tax, also known as the Financial Transaction Tax or FTT. Watch the video now, if you haven't already: it's informative, amusing, and short. And brilliantly acted.

The standard argument against the tax is that any country implementing it unilaterally would drive business away. But the UK already imposes a Stamp Tax of 0.5% (as compared to the 0.05% of the FTT) on share trades, and this doesn't appear to have done the London Stock Exchange irreparable harm. Further, the tax can be arranged to apply to any transaction carried out by a UK business, regardless of where the transaction itself occurs; few companies would abandon the country just to save 0.05% on currency and derivative trades. Some other counterarguments appear here. 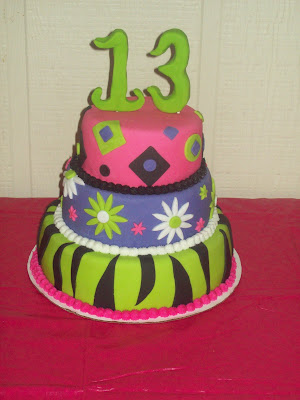 Thanks to Francois Garillot and an intriguing thread on Lambda the Ultimate for reminding me that the Expression Problem reached it's 13th birthday last week. No bar mitzvah is planned.