Bret Victor - Inventing on Principle from CUSEC on Vimeo.

This video by Bret Victor, inventor of the Alligator Game, in its first half presents the best interactive programming environment I have seen, and in its second argues that the best technology emerges from ethical principles. Both halves blew me away. Watch it and change your life.

If you're not paying for it, you're the product 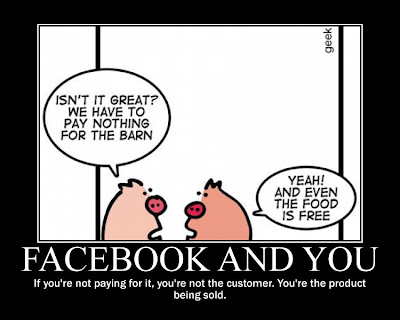 Oink oink. Thanks to Jeremy Gibbons for alerting me to this new meme. Its history is here. 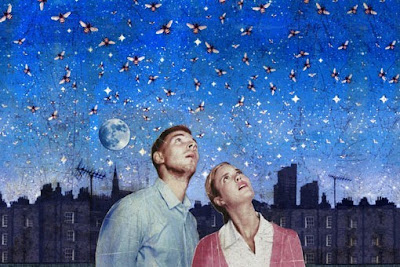 Best stage direction ever: 'An indented rule stands for a change of universe'. From Constellations, sold out at the Royal Court. 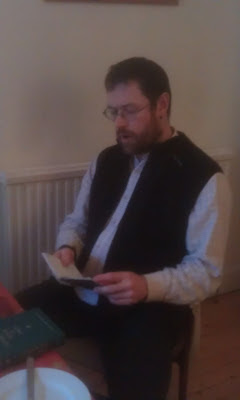 I heard the following from my brother-in-law (pictured). Reminds me of recent developments in higher education all too well.

Well, a nice young man was William Brown,
He worked for a wage in Liverpool town,
He worked from six till eight at night,
Turning a wheel from left to right.

One day the boss to William came
And said, "Look here, young what's your name,
"We're not content with what you do,
"Work a little harder or out you go."

So William turned and made her run
Three times roung in the time of one,
He turned so hard he soon was made
The Lord High Turner of his trade.

William turned with the same sweet smile,
The goods he made grew such a pile;
They filled the room and the room next door
And overflowed to the basement floor.

The nation heard of the wondrous tale,
His picture appeared in the Sketch and the Mail;
The railways ran excursions down,
And all to look at William Brown.

But sad the sequel is to tell;
He turned out more than the boss could sell;
The market slumped and the price went down,
Seven more days and they sacked young Brown.

The moral of the tale is plain to tell:
If you wanna lose yer job, just werk like HELL!