In Praise of Impractical Programming 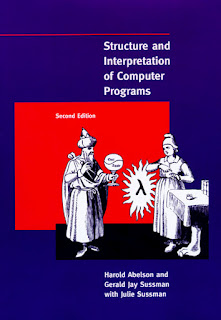 Although it’s become a cultural mainstay now, I still remember when I first saw that thick book — the one with the wizard on the cover — about a school for magic where wonders are easily conjured by those who know the proper spells. Of course, I’m talking about the Structure and Interpretation of Computer Programs. There was that other book with the spells, but the “Wizard Book” sincerely claimed to teach magic.

For the past few years, I’ve been working as a software developer in the newsroom, where perceptions of my kind have changed from novelty to a necessity. Recognizing this, some journalism schools now even require programming courses to teach students practical skills with databases or web frameworks. It’s thrilling to contemplate a generation of web-hacking journalists — but I wish we could somehow squeeze a little magic into their course load. 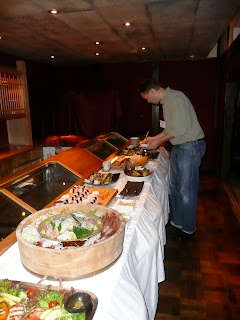 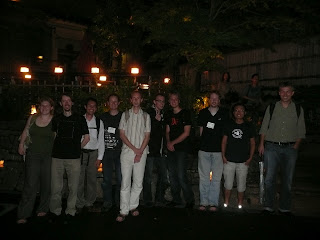 Clearing my desk, I spotted a souvenir of an event I had meant to blog at the time. Tsuru Capital is a financial firm specialising it automated trading.


At the moment our focus is mainly on option market-making strategies in active listed markets. Our edge is in superior strategies and efficient low latency execution. We use the Haskell programming language almost exclusively since we believe it gives the best combination of high-level cleanliness, execution safety and high performance.

Similar to Jane Street, but newer and smaller, with OCaml replaced by Haskell. Tsuru kindly sponsored a reception for the Haskell community during ICFP, on Wednesday 21 September 2011. Judging by the quantity and quality of sushi on offer, they are doing well in their early days. The reception was held at Gonpachi, which I'm told is the inspiration for the restaurant scene in Kill Bill.