George Monbiot: The climate denial industry is out to dupe the public. And it's working

The last is by a climate change denier, but contains the only clear explanation I've seen of what the leaked e-mails refer to as "Mike's Nature Trick". Anyone know of an explanation from a more reputable source? Or what current science makes of what the first IPCC report referred to as the "Medieval Warming Period"?

Time management: How an MIT postdoc writes 3 books, a PhD defense, and 6+ peer-reviewed papers — and finishes by 5:30pm 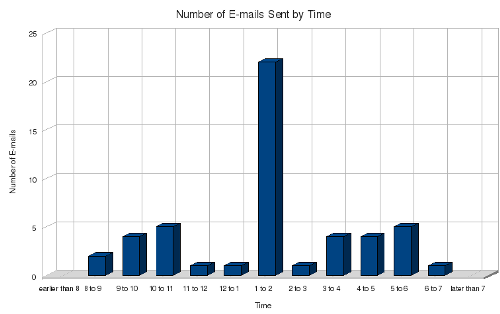 Cal Newport, a post-doc at MIT who writes the blog Study Hacks, has an interesting method of getting important work done. He calls it "fixed-schedule productivity." The idea is easy to understand, but perhaps harder to execute: determine your goals, and focus on those, not the myriad interruptions that arise each day. Perhaps a resolution for the new year? (Spotted via Boing Boing.) 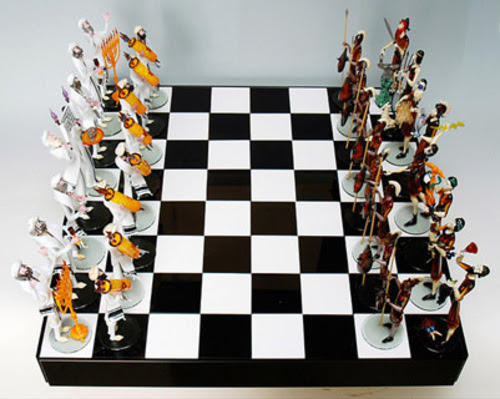 In a country occupied by a Western power, the locals are faced with a choice. Some have opted to reconcile their own traditions with those of their occupier, borrowing from Western ways that open the path to philosophy and science, and integrating themselves into a wider culture. Others fiercely resist, waging a bitter and bloody war not only on the occupier, but also on those in their own community who seek to collaborate or integrate with the occupiers who are denounced as defilers.

If this were contemporary Afghanistan-Pakistan, you’d know who was whom, right? But before you bite into that latke or sing the dreidel song, you may want to consider that in Judea in the second century BC, the Taliban role is played by the Maccabees. And it is the Maccabees, of course, who are lionized in the Hanukah tale.

In fact, they pretty much invented the holiday to celebrate their victory over the Greeks and all Jews who would embrace their ways, the “Hellenizers.” Hanukah is not mentioned in the Torah. It’s not really a religious holiday at all — the bubbemeis about an oil lamp burning for eight days was tacked on as an afterthought, and a way of smuggling God into what was a ritual celebrating a very temporal insurgent military triumph.

There is, of course, a spectacular irony in the celebration of Hanukah in its contemporary incarnation as a kind of kosher Christmas that has everybody saying “Happy Holidays” to avoid giving offense. The irony, of course, is that celebrating Hanukah as a major religious holiday is the ultimate triumph of latter-day Hellenization. It hardly exists as a serious religious holiday — even when I was growing up in South Africa, the likes of Simchat Torah and Succoth were far more important. Yet today, in America, it appears to rank up there right after Rosh Hashana/Yom Kippur and Passover as important Jewish holidays. The point, of course, is that this has only been done to compete with Christmas, to adapt Jewish tradition to make it fit the rhythms and rituals of the wider, non-Jewish society.

This week was declared Computer Science Education Week by the US Congress. I heard when the declaration was made a couple of months ago, but heard nothing at all this week. Anyone across the pond care to comment on how it is preceding? Getting the public to understand that computing is an academic discipline rather than just a technology on their desks and in their pockets is a vital task, and this week is one of our best opportunities to accomplish that.

The recent Ben Goldacre case and ongoing Simon Singh case show that Enlish libel laws threaten the free and public conduct of science. Sense about Science has joined with English PEN and Index on Censorship to launch a National Petition for Libel Law Reform