Newsletters; or, an enormous rant about writing on the web that doesn’t really go anywhere and that’s okay with me, by Robin Rendle. Discovered via Robin Sloan. I've posted this essay because of its form as much as its content. Pairing each sentence with an illustration is startlingly effective.

TIL about ray marching and fractals. Thank you for the pointer, Yannick Nelson! 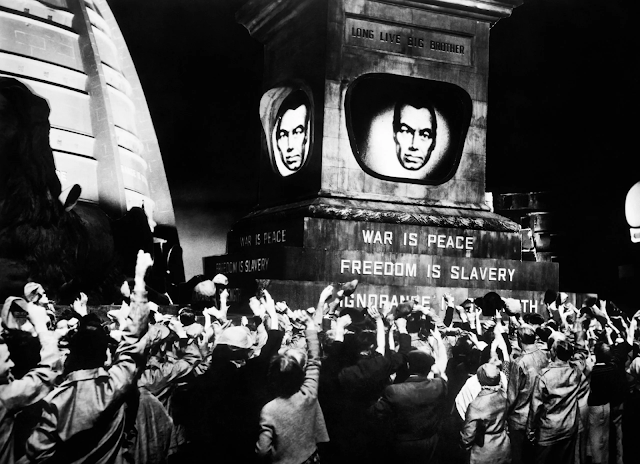 It all started when Orwell was walking down the scary streets of 1984. He was about to open up Twitter and tweet about whatever came into his mind, and also the address, phone number, and Social Security number of a congressman he didn’t like. That’s when he saw them. The Thought Police. Generally speaking, Orwell loved the police and supported law and order. But, in this case, they were bad police, because he was the one who was in trouble.

Oh no, Thought Police, he thought.

“We heard that!” they shouted. “You’re under arrest for doing freedom!”