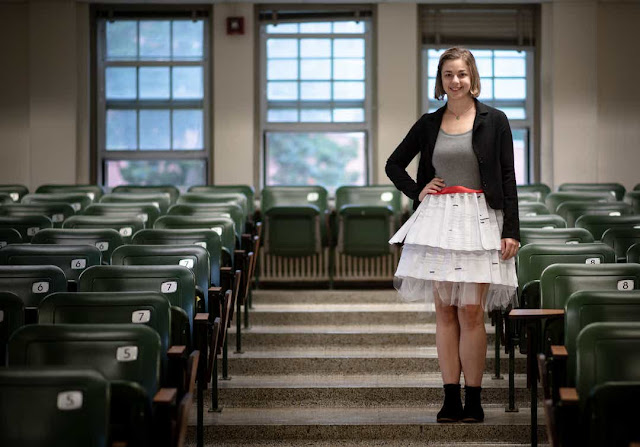 Caitlin Kirby, a graduate student in earth and environment science at Michigan State University, defended her doctoral dissertation while wearing a skirt she had made from 17 rejection letters she had received in the course of her studies.


“The whole process of revisiting those old letters and making that skirt sort of reminded me that you have to apply to a lot of things to succeed,” she said. “A natural part of the process is to get rejected along the way.” ... "I just searched for 'unfortunately' and 'we regret to inform you' in my email" 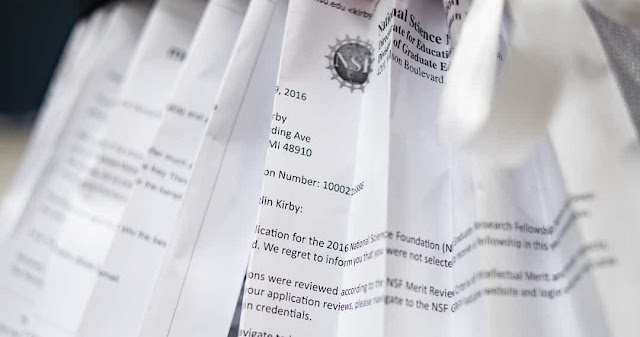 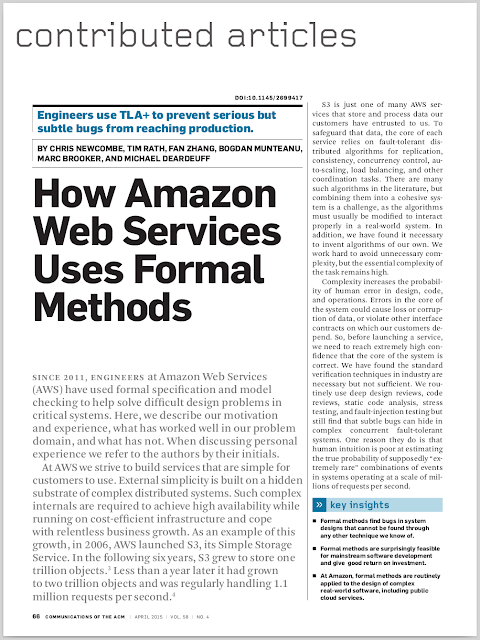 How Amazon Web Services Uses Formal Methods by Newcombe et al, appeared in Communications of the ACM in April 2015. It describes the use of Leslie Lamport's TLA+ (Temporal Logic of Actions) to refine the design of web services such as Dynamo DB and S3. (S3 stored 2 billion objects and handled 1.1 million transaction per second back in 2013.) Thanks to Jessica Kerr for pointing me to this paper after an interview for the podcast Greater Than Code.


We find a major benefit of having a precise, testable model of the core system is that we can quickly verify that even deep changes are safe or learn they are unsafe without doing harm. In several cases, we have prevented subtle but serious bugs from reaching production. In other cases we have been able to make innovative performance optimizations (such as removing or narrowing locks or weakening constraints on message ordering) we would not have dared to do without having model-checked those changes. A precise, testable description of a system becomes a what-if tool for designs, analogous to how spreadsheets are a what-if tool for financial models. We find that using such a tool to explore the behavior of the system can improve the designer’s understanding of the system. 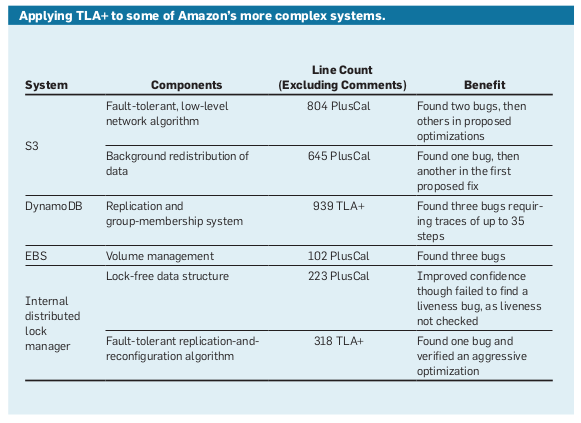 The Next 7000 Programming Languages 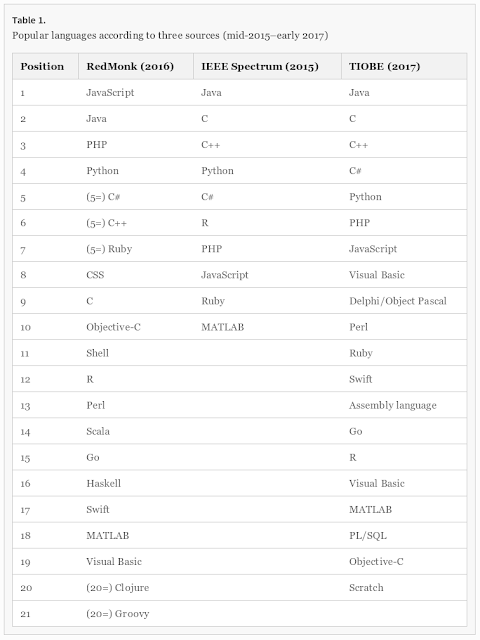 
It is useful here to distinguish between the success of a species of plant (or a programming language) and that of a gene (or programming language concept). For example, while pure functional languages such as Haskell have been successful in certain programming niches the idea (gene) of passing side-effect-free functions to map, reduce, and similar operators for data processing, has recently been acquired by many mainstream programming languages and systems; we later ascribe this partly to the emergence of multi-core processors.

This last example highlights perhaps the most pervasive form of competition for niches (and for languages, or plants, to evolve in response): climate change. Ecologically, an area becoming warmer or drier might enable previously non-competitive species to get a foothold. Similarly, even though a given programming task has not changed, we can see changes in available hardware and infrastructure as a form of climate change—what might be a great language for solving a programming problem on a single-core processor may be much less suitable for multi-core processors or data-centre solutions.

Amusingly, other factors which encourage language adoption (e.g. libraries, tools, etc.) have a plant analogy as symbiotes—porting (or creating) a wide variety of libraries for a language enhances its prospects. 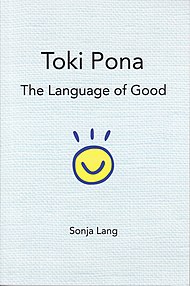 At Haskell Exchange, Stephan Schneider introduced me to Toki Pona, an extremely simple artificial language, based on 120 symbols. You can read more on Wikipedia. 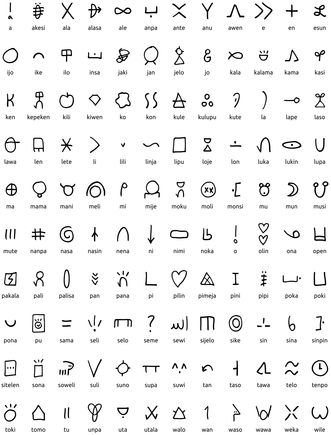 Instead of flight shaming, let's be thoughtful and selective about all travel 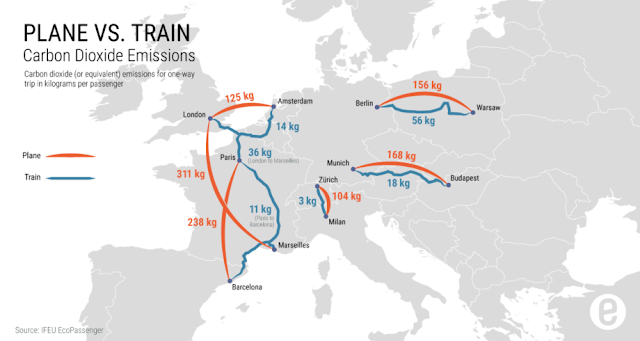 Fly, drive, train? Here's a resource to help you decide. Spotted by Michael J. Oghia of the ACM Climate group.