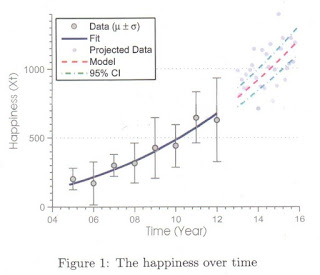 My boyfriend of 7 years and I are both physicists. Here's how he proposed to me. 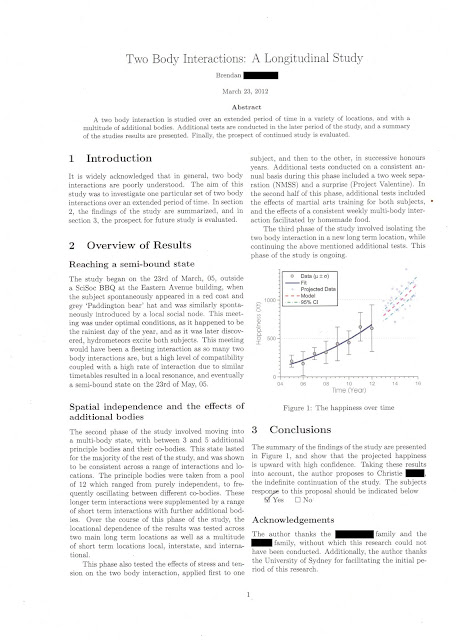 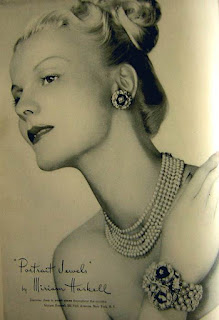 There are many individuals beside Haskell Curry that share the name Haskell, including jeweller Miriam Haskell. I'm not sure whether the image above features Haskell herself, or just her jewellery. 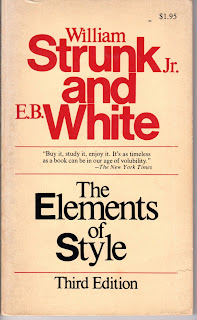 Today I had the occasion to re-read part of Guy Steele's classic speech, Growing a Language, which uses only words of one syllable or words defined previously in the text.  I thought the end of his talk worth quoting here, in part because it has something to say about Strunk and White, of which I have recently spoken and blogged.  If you've not heard or read the talk previously, I urge you to follow the video or text link above and enjoy it in its entirety.


One of the good things I can say for short words is that they make for short talks. With long words, this talk would run an hour and a half; but I have used less than an hour.

I would like to tell you what I have learned from the task of designing this talk. In choosing to give up the many long words that I have come to know since I was a child, words that have many ﬁne shades of meaning, I made this task much harder than it needed to be. I hope that you have not found it too hard on your ears. But I found that sticking to this rule made me think. I had to take time to think through how to phrase each thought. And there was this choice for each new word: is it worth the work to deﬁne it, or should I just stick with the words I have? Should I do the work of deﬁning a new word such as mirror, or should I just say “looking glass” each time I want to speak of one? (As an example, I was tempted more than once to state the “ly” rule for making new words that change what verbs mean, but in the end I chose to cast all such words to one side and make do. And I came that close to deﬁning the word without, but each time, for better or for worse, I found some other way to phrase my thought.)

I learned in my youth, from the books of such great teachers of writing as Strunk and White, that it is better to choose short words when I can. I should not choose long, hard words just to make other persons think that I know a lot. I should try to make my thoughts clear; if they are clear and right, then other persons can judge my work as it ought to be judged.

From the work of planning this talk, in which I have tried to go with this rule much more far than in the past, I found that for the most part they were right. Short words work well, if I choose them well.

All in all, I think it might be a good thing if those who rule our lives—those in high places who do the work of state, those who judge what we do, and most of all those who make the laws—were made to deﬁne their terms and to say all else that they say in words of one syllable. For I have found that this mode of speech makes it hard to hedge. It takes work, and great care, and some skill, to ﬁnd just the right way to say what you want to say, but in the end you seem to have no choice but to talk straight. If you do not veer wide of the truth, you are forced to hit it dead on. 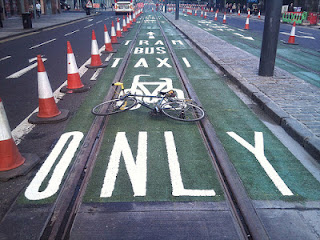 On Monday, 13 August 2012, while passing a bus on Princes Street my bike got caught in the tram line and I was thrown to the ground. A second bus was behind me, and stopped in time. Perhaps I am fortunate that the trams have been so delayed, for if it had been a tram behind me I doubt it could have come to a halt quickly enough to avoid running me over. In my case, I merely had to wait in ER four hours to have my little finger x-rayed and stitched, plus further hospital visits later to check that the fracture healed correctly. The current street signage suggests bicyclists should ride down the middle of the tram tracks, which seems a recipe for disaster. I've met with others who have had bicycle accidents on Princes Street, and we are convinced that if nothing is done it is only a matter of time until there is a fatality. To save lives, and to improve the quality of life in Edinburgh, I've joined with others to petition that Princes Street be made car-free, with separate zones for pedestrians, bicycles, and trams. This will provide a much needed bicycle route west-to-east across the city centre, connecting existing routes. You can sign the petition here. 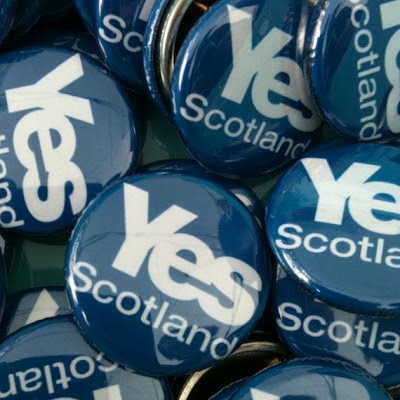 Murray Pittock, first professor of Scottish literature at an English university, puts the case for independence.

But, in fact, Scotland isn’t selfish or parochial, it’s just small. Small countries are adept at networking, and it’s a networking age. They are adept at finding new solutions in education (Finland, for example) or fish farming (Norway) and many other things. The top five countries in the world for global competitiveness in 2012 are all small, as are four of the top five for innovation and four of the top five for prosperity. 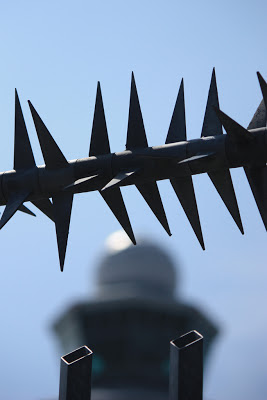 5. By removing slack, airlines create failure. In order to increase profit, airlines work hard to get the maximum number of flights out of each plane, each day. As a result, there are no spares, no downtime and no resilience. By assuming that their customer base prefers to save money, not anxiety, they create an anxiety-filled system.