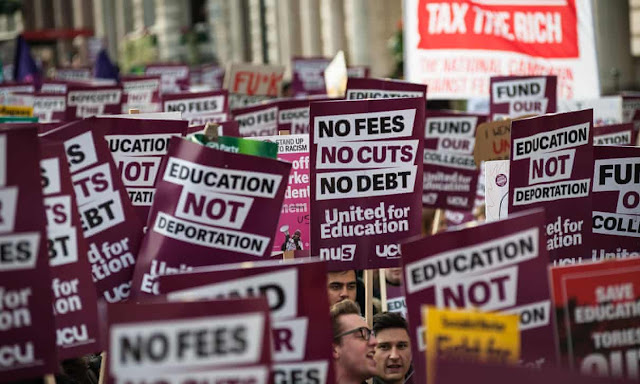 Stefan Collini writes in the Guardian.

Then there is the rather less obvious contradiction between consumerism and education. Our higher education system is at present structurally consumerist. Even now, it is not widely understood how revolutionary were the changes introduced in 2010-12 by the coalition government in England and Wales (Scotland wisely followed another course). It wasn’t simply a “rise in fees”. It was a redefinition of universities in terms of a market model. The Office for Students is explicitly a “consumer watchdog”. Consumers are defined by their wants; in exchange for payment they are “entitled” to get what they ask for. ...

Universities are, by a long way, the main centres of research and scholarship in our societies; they curate the greater part of our intellectual and cultural inheritance; they provide by far the best source of disinterested expertise; they select and prepare those who will be the scholars and scientists of the future, and so on. Countries all over the world have found that you cannot fulfil these functions by distributing students and academics across all institutions either uniformly or randomly. Some element of selection and concentration is needed, and that brings with it some element of hierarchy, however unofficial. Explicit differentiation of function among higher education institutions might well be preferable to any pretence that they are all doing the same thing and doing it equally well.