And for the last of my selection from Strange Loop 2015, here is "Propositions as Types" by Philip Wadler, based on my paper of the same name, which I am told will soon appear in Communications of the ACM. I received more compliments on this talk than for any other, which I take as one benefit of the friendliness and fun of the Strange Loop crowd. Thanks to Alex Miller and the crew for assembling a great conference!

I have many more favourites from Strange Loop 2015, but for now I will just post the videos of my own talks. Here is "Everything Old is New Again: Quoted Domain Specific Languages", based on "A practical theory of language integrated query, by Cheney, Lindley, and myself and the eponymous draft paper, by Najd, Lindley, Svenningsson, and myself. Above is the Strange Loop talk, below the talks from Curry On, Prague, 2015 and DSLDISS, Lausanne, 2015.

Third in my series of favourites from Strange Loop 2015. "Strange Loops: Capturing Knots With Powerful Notations" by Kay Ye. Ye has learned all about knot theory, and explains it to you. Great fun for anyone interested in how to describe complex situations, and which programming language afficionado can resist that? With beautiful hand-drawn slides.

Second in my series of favourites from Strange Loop 2015:  "Security for Humans: Privacy and Coercion Resistant Design" by Morgan Marquis-Boir. Marquis-Boir is head of security for The Intercept, the online news source founded by Glen Greenwald and Laura Poitras, the journalists who Edward Snowden chose to be his conduit to the world. Morgan surveys computing and security as of 2015. Time to encrypt your phone!

Strange Loop: "From Protesting to Programming: Becoming a Tech Activist" by Idalin Bobé

A selection of my favourite talks from Strange Loop 2015. First up, "From Protesting to Programming: Becoming a Tech Activist" by Idalin Bobé. It's a cliché to call a story inspiring, but Bobé's story inspired me. She began life in the Badlands in North Philadelphia and pulled herself up by her bootstraps to become a tech activist on the frontlines in Ferguson.

Benefits of Investing in Cycling 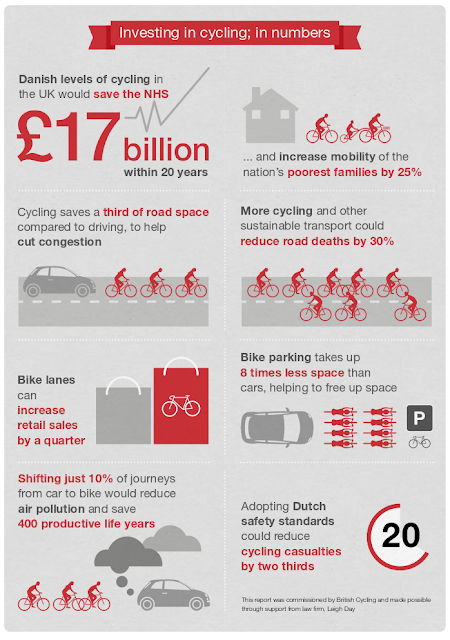 Benefits of Investing in Cycling, a report by Dr. Rachel Aldred, Senior Lecturer in Transport, Faculty of Architecture and the Built Environment, University of Westminster. Some choice statistics:

If people in urban England and Wales cycled and walked as much as people do in Copenhagen, the NHS could save around £17 billion within twenty years.
Shifting 10% of short urban trips outside London from car to cycle could save over 100 premature deaths from air pollution related illnesses annually.
If cycling was as safe in the UK as in  The Netherlands we would see around  80 fewer cycle deaths each year.
Installing protected space for cycling can increase retail sales by up to a quarter.


Spotted by Ewen Maclean.  Thanks, Ewen! 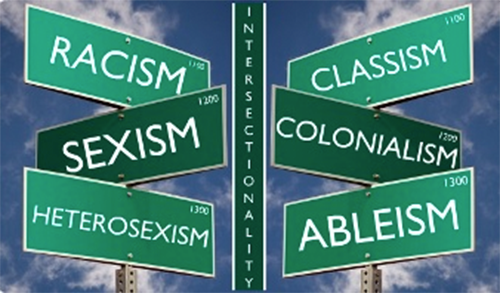 
In some ways, this list should be considered just another research list, such as the TYPES forum. This space can be used for research questions, literature guidance, starting collaborative efforts, introductions and updates to current research projects, open-ended philosophical questions about grand research visions, links to blog posts/papers, announcement of CFPs and job postings, announcements of achievements and breakthroughs.

In addition, this list is a response to a problem: that PL research communities have a really hard time attracting, retaining, and especially *valuing* people who are marginalized in society. This problem is in no way unique to PL, but the purpose of this list is to bring together folks with similar enough research interests that we can provide each other support that’s meaningful within the context of our specific field.

Some specific examples of activity we encourage, but don’t see on traditional research fora, are: requests for career mentorship and advice (especially along an academic career track); requests for feedback on papers and blog posts; giving (remote) practice talks; organizing local meetups and events; posting about mentorship programs, fellowships, summer schools, and other opportunities; venting about the ways our environments are unwelcoming and dysfunctional; and discussing how we ourselves can create more welcoming and supportive environments when we are in positions of leadership.

I previously posted about Chris's research on linear logic and storytelling. Intersectional Types, along with Lambda Ladies, marks an important step toward supporting diversity in the PL community. Well done, Chris, and welcome!