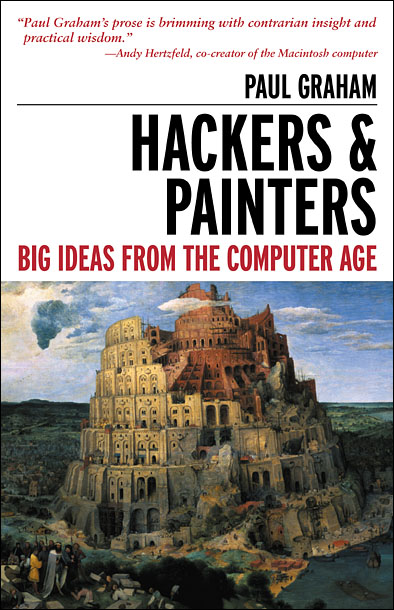 Thanks to Arne Ranta for introducing me to Writing, Briefly by Paul Graham.

I think it's far more important to write well than most people realize. Writing doesn't just communicate ideas; it generates them. If you're bad at writing and don't like to do it, you'll miss out on most of the ideas writing would have generated.

As for how to write well, here's the short version: Write a bad version 1 as fast as you can; rewrite it over and over; cut out everything unnecessary; write in a conversational tone; develop a nose for bad writing, so you can see and fix it in yours; imitate writers you like; if you can't get started, tell someone what you plan to write about, then write down what you said; expect 80% of the ideas in an essay to happen after you start writing it, and 50% of those you start with to be wrong; be confident enough to cut; have friends you trust read your stuff and tell you which bits are confusing or drag; don't (always) make detailed outlines; mull ideas over for a few days before writing; carry a small notebook or scrap paper with you; start writing when you think of the first sentence; if a deadline forces you to start before that, just say the most important sentence first; write about stuff you like; don't try to sound impressive; don't hesitate to change the topic on the fly; use footnotes to contain digressions; use anaphora to knit sentences together; read your essays out loud to see (a) where you stumble over awkward phrases and (b) which bits are boring (the paragraphs you dread reading); try to tell the reader something new and useful; work in fairly big quanta of time; when you restart, begin by rereading what you have so far; when you finish, leave yourself something easy to start with; accumulate notes for topics you plan to cover at the bottom of the file; don't feel obliged to cover any of them; write for a reader who won't read the essay as carefully as you do, just as pop songs are designed to sound ok on crappy car radios; if you say anything mistaken, fix it immediately; ask friends which sentence you'll regret most; go back and tone down harsh remarks; publish stuff online, because an audience makes you write more, and thus generate more ideas; print out drafts instead of just looking at them on the screen; use simple, germanic words; learn to distinguish surprises from digressions; learn to recognize the approach of an ending, and when one appears, grab it. 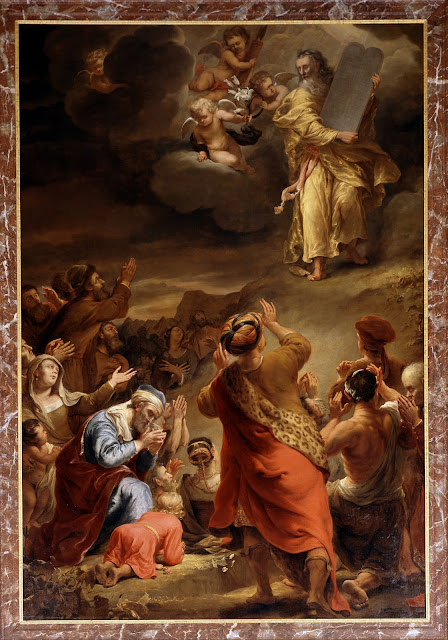 Come join Pedal on Parliament! Gather in the Meadows from 11am Saturday 23 April, procession sets off at noon.

A few years ago, I took my son with me to ICFP in Copenhagen. We had a blast cycling around the city, and marvelled that there were bike paths everywhere. When I lived in Morningside, my cycle to work was along quiet roads, but even so it felt safer when I arrived on the bike path through the Meadows. Now that I live near the Cameo, I'm even happier to get off the busy road and onto a path. And I look forward to the future, because Edinburgh is a city that invests in cycling and has a plan on the table that includes a cycle path from the Meadows to the Canal, which will run past my flat.

Getting more people cycling will cut pollution, benefit health, and increase quality of life. Studies show that people don't cycle because they feel sharing the road with cars is unsafe, so investment in cycle paths can make a huge difference. If people in the UK cycled and walked as much as people do in Copenhagen, the NHS would save around £17 billion within twenty years. The video below makes the case brilliantly.

Scotland has set a goal that 10% of all travel should be by cycle or foot (the buzzword is active travel), but only spends about 2% of its budget on active travel. The City of Edinburgh has pledged to up it's active travel budget by 1% a year until it reaches 10%. Pedal on Parliament is our chance to support the positive steps in Edinburgh, and encourage the rest of the country to take action.

Greenwald on Clinton, Sanders, and Israel 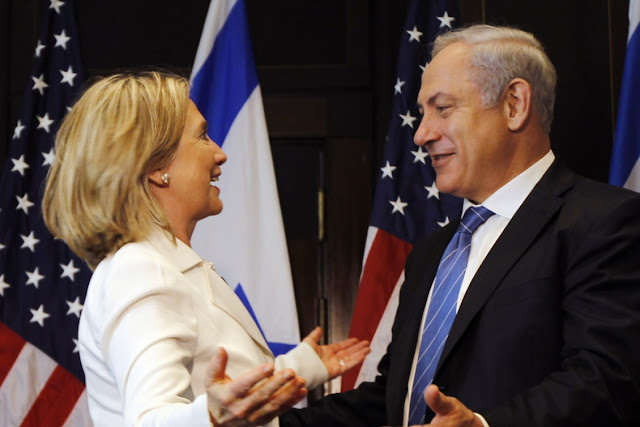 
HILLARY CLINTON: Many of the young people here today are on the front lines of the battle to oppose the alarming boycott, divestment and sanctions movement known as BDS. ... We must repudiate all efforts to malign, isolate and undermine Israel and the Jewish people.


AMY GOODMAN: That was Hillary Clinton addressing AIPAC. Glenn Greenwald?
GLENN GREENWALD: What she’s doing there is affirming one of the most vile slanders that currently exists. There is a campaign in the United States and in Israel to literally outlaw any advocacy of a boycott movement against Israel, similar to the boycott and divestment and sanctions campaign that brought down Israel and the United States’s closest ally, which was the apartheid regime in South Africa. Now you can certainly raise objections to the tactic of boycotting Israel, and lots of people have, but to render it illegal depends upon this grotesque equating of an advocacy of a boycott of Israel with anti-Semitism and then saying that because anti-Semitism should be banned from universities or from private institutions, that it should be literally outlawed, to ban advocating the boycott of Israel, as well. And people in Europe are actually being arrested for advocating a boycott of Israel. Students in American universities are being sanctioned and punished for doing so.
And what Hillary Clinton did was go before AIPAC and pander, as grotesquely as she typically does, by affirming this line that if you "malign," quote-unquote, the government of Israel and support a boycott of it, in opposition to their decades-long occupation of the Palestinians, it means essentially that you’re guilty of maligning the Jewish people. She is conflating the government of Israel with Jews, which, ironically enough, is itself a long-standing anti-Semitic trope. But it’s just part of her moving to the right in order to position herself for the general election by affirming some of the United States government’s worst and most violent policies.
AMY GOODMAN: Now, Democratic candidate Vermont Senator Bernie Sanders was the only one to skip the AIPAC conference earlier this week. He did address the issue on the campaign trail, though, from Utah, calling for an end to Israel’s occupation of Palestinian territories.


SEN. BERNIE SANDERS: It is absurd for elements within the Netanyahu government to suggest that building more settlements in the West Bank is the appropriate response to the most recent violence. It is also not acceptable that the Netanyahu government decided to withhold hundreds of millions of shekels in tax revenue from the Palestinians, which it is supposed to collect on their behalf.


AMY GOODMAN: That was Bernie Sanders in Utah. Glenn Greenwald, I believe he did offer to address AIPAC by video stream or Skype, as did Romney in 2012, but we heard he was told no.
GLENN GREENWALD: Yeah, I mean, a couple months ago, Donald Trump, on an MSNBC program, said, when asked about Israel and Palestine, that he thought the U.S. should be neutral in order to be a more effective arbiter, which until 20 years ago was a standard mainstream U.S. position, but now has become very shocking. Same with what Bernie Sanders just said. To hear a prominent American politician stand up and actually criticize Israel in such stark and blunt terms, calling them occupiers, essentially, and criticizing how they’re treating the Palestinians, is almost shocking to the ear. Hillary Clinton would never do it, nor would leading Republican politicians. And yet it’s really a very mild way to talk about Israel. And it shows just how far to the right the discourse has shifted in the United States when it comes to Israel, and how much a part of that rightward shift is Hillary Clinton, when you think about how almost shocking it is to hear pretty mild criticisms of Israel coming from Sanders or mild proclamations of neutrality coming from Trump.

US citizens in Scotland: How to renew your passport 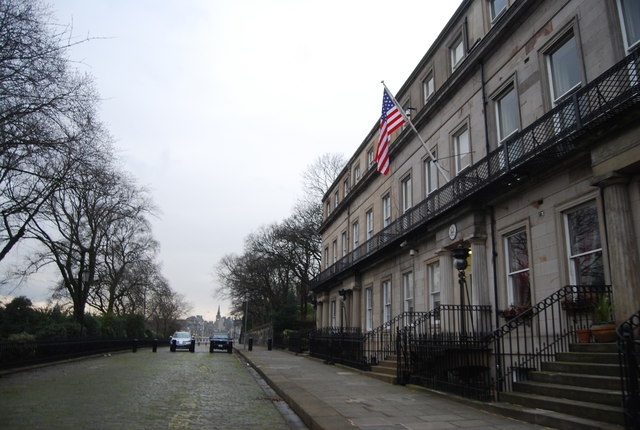 The US Embassy website states that if you reside in Scotland you must send your passport to London to renew it, but this is not correct: passports can be renewed by mail to the US consulate in Edinburgh or in person. I renewed in person last week, and found the staff friendly and helpful. They know that the website is incorrect, but London has not yet fixed it. I copy below the information I received from the Edinburgh consulate, in the hope that it may help others.

Thank you for your email.  If you meet the following criteria you are eligible to renew your passport by mail:
1.      Your passport was valid for 10 years;
2.      It was issued within the last 15 years;
3.      It is in good condition;
4.      Was issued in your current name or you have changed your name and can submit legal documentation (e.g. marriage certificate, Statutory Declaration) to prove this change.


You can mail your renewal application to this office using the address at the foot of this email.  The passport must be sent using the Royal Mail special delivery service and the following items must be sent:
1.      The passport to be renewed;
2.      Your original marriage certificate, if you wish to change your name by marriage, or Statutory Declaration, if you wish to change your name by this method;
3.      Completed passport renewal form DS82, http://www.state.gov/documents/organization/212241.pdf.   Please note:  if your current passport was issued within 12 months of this application and you are applying for a new passport in your married name or to correct a data error you should use form DS5504,  http://www.state.gov/documents/organization/212249.pdf;
4.      Completed credit card payment form for the fee of $110 - no fee is payable if you are able to use form DS5504 to apply for a replacement passport, http://photos.state.gov/libraries/unitedkingdom/164203/cons-acs/card_payment_ppt_by_mail.pdf;
5.      A U.S. passport photograph, https://uk.usembassy.gov/u-s-citizen-services/u-s-passports/how-to-renew-a-passport/photographs/;
6.      A pre-paid, self-addressed Royal Mail special delivery envelope for the safe return of the passports.

Our turnaround time for applications by mail is approximately 2 weeks.

If you prefer to apply in person you can do so during our counter service hours, 9am-11:30am Tuesdays and Wednesdays.  No appointment is necessary.  Our turnaround time for passports submitted in person is approximately 7-10 days from submission of the application.

If you do not meet the above criteria you will have to book an appointment online, selecting the option for residents of Scotland, to apply in person at the Consulate General,  https://uk.usembassy.gov/u-s-citizen-services/u-s-passports/.