Wednesday’s spending review was bad news for universities, colleges and students. Student visa charges will go up, student grants will be frozen and funding aimed at encouraging the poorest students to apply to university will be axed. On Thursday, Danny Alexander announced plans to sell off student loans. All this in the same week that the OECD research showed the UK falling behind in investment in higher education at a time when demand for highly skilled graduates is still rising faster than supply. 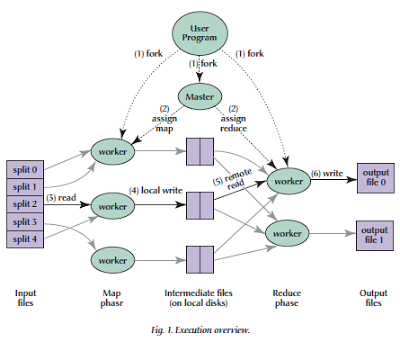 The MapReduce paper begins its discussion of related work as follows:


Many systems have provided restricted programming
models and used the restrictions to parallelize the computation
automatically. For example, an associative function
can be computed over all prefixes of an N element
array in log N time on N processors using parallel prefix
computations.

Has anyone implemented parallel prefix scan as an extension to MapReduce or a similar framework such as Hadoop, and did it prove useful?

Come for the performance, stay for the correctness 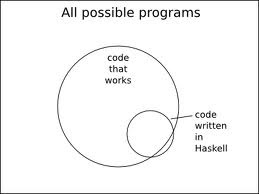 An article in HPC Wire lists industrial uses of Haskell, several of which I hadn't heard before. The article profiles Peter Braam, founder of Parallel Scientific. Spotted by Hans Wolfgang Loidl.

Arguably, Google and Facebook have brought more attention to Haskell in recent years, but there are a number of other notable uses that highlight Braam’s confidence in the functional language. For instance, Chicago-based Allston Trading, a high frequency trading company, uses Haskell in their trading infrastructure. AT&T is using it in their Network Security group to automate internet abuse complaint processing. Bank of American is using it in their backend data transformation and loading system and Credit Suisse’s Global Modeling and Analytics Group has been using it since 2006 to improve modeler productivity and open access to those models across the organization.

Biotech giant Amgen also uses Haskell for math-heavy models and to “break developers out of their development rut by giving them a new way to think about software. According to the company’s David Balaban, “Our experience is that using functional programming reduces the critical conceptual distance between thought/algorithms design and code.” But the real value says Balaban is the level of correctness they’ve been able to achieve.

As Amgen’s Balaban says “we have been able to develop code quickly and verify--to an applied mathematician’s satisfaction--the correctness of Haskell code straightforwardly; we have yet to achieve this with more traditional mainstream languages.”

A perverted view of "impact"

I think the emphasis on impact in UK research can be counterproductive. Jeremy Gibbons alerted me to this op-ed by Marc Kirschner in Science, pointing out that the situation is even more severe in the US biomedical community, where the search for "impact" leads to focus on human medicine, to the detriment of fundamental studies.


One may be able to recognize good science as it happens, but significant science can only be viewed in the rearview mirror. To pretend otherwise distorts science. DNA restriction enzymes, once the province of obscure microbiological investigation, ultimately enabled the entire recombinant DNA revolution. Measurement of the ratios of heavy and light isotopes of oxygen, once a limited area of geochemistry, eventually allowed the interpretation of prior climate change. What is now promoted as high-impact science is usually a narrow extension of existing experimental designs in a program focused on a set of feasible goals. Fuzzy new directions that might fail, but could open up major new questions, are often dismissed as too speculative and considered low-impact. And in biomedical science, there is an increasing tendency to equate significance to any form of medical relevance. This causes biochemical investigations and research on nonmammalian systems to be treated as intrinsically less valuable than studies on human cells. As a result, biomedicine is losing the historically productive cross-fertilization between model systems and human biology. In April, Iain Banks discovered he had cancer of the gall bladder, and proposed to his girl friend by requesting she `do me the honour of becoming my widow'.  Yesterday his death was announced.  In his honour, here is something he wrote for the Observer.  See also this tribute from Ken McLeod.


These days, I support the idea of an independent Scotland. It's with a heavy heart in some ways; I think I'd still sacrifice an independent Scotland for a socialist UK, but… I can't really see that happening. What I can imagine is England continuing to turn to the right and eventually leaving the EU altogether.

Scotland, though, could have a viable future either as a completely independent country or – more likely – within Europe. The European ideal is taking a battering right now, certainly, and the gloss has come off comparing our prospects to Ireland's or Iceland's, but it remains both possible and plausible that Scotland could become a transparent, low-inequality society on the Scandinavian model, with fair, non-regressive taxes, strong unions, a nuclear-free policy, a non-punitive tertiary education system, enlightened social policies in general and long-term support for green energy programmes.

We'd need to make sure our banks were small enough to fail, and there are problems of poverty, ill health and religious tribalism that will take decades to overcome. But with the advantages and attractions that Scotland already has, and, more importantly, taking into account the morale boost, the sheer energisation of a whole people that would come about because we would finally have our destiny at least largely back in our own hands again – I think we could do it.

And that we should.