The Bull, the Bear, and the Python

In the US, the SEC plans to use programs to clarify complex trades by expressing them as a computer program. This strikes me as a fine idea, but they also require the use of Python. This is much better than the worst they could do, but also much worse than the best. A description of the plans, with further links, is posted by IT World and a critique is posted by Untyped.

Functional languages have recently seen increased use in the financial industry, including Jane Street Capital, Standard Chartered, and Credit Suisse. Of particular interest is work on composing financial contracts in functional languages, as pursued by LexiFi. I don't know how well this work could transpose to Python.

It has been proposed that SIGPLAN file a response to the SEC's request for comments. I am interested to hear the views of the programming language community. Should we support Python? Or should we suggest alternatives to Python, and, if so, what should we point the SEC towards? 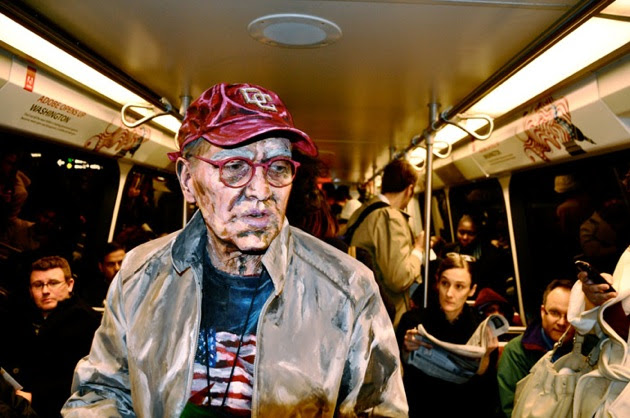 "Alexa Meade, 23, is a Washington, DC-based artist who paints on top of her subjects and puts them in real life settings. (No, you can't see the pixels. This is real.) From Meade's artist statement:

"'The reverse trompe l'oeil series is Alexa Meade's spin on reality. Alexa has invented a painting technique that makes 3 dimensional space look flat, blurring the lines between illusion and reality.

Spotted via Boing Boing, which is the source of the above quote.

Programming language researchers are among those dislocated by the flight ban caused by the eruption. FLOPS in Japan was seriously disrupted, and Barbara Liskov was forced to extend her visit to Edinburgh (where she spoke at the BCS/ACM Visions conference) so I had the benefit of a tutorial on distributed programming from her this morning. 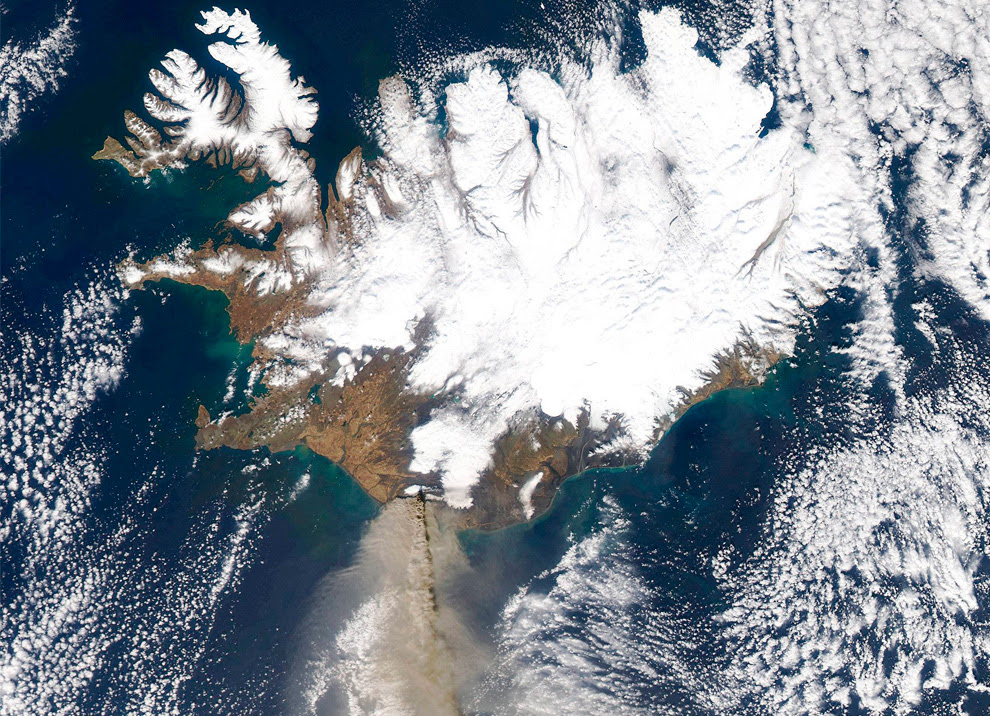 The ash plume of southwestern Iceland's Eyjafjallajokull volcano streams southwards over the Northern Atlantic Ocean in a satellite photograph made April 17, 2010. The erupting volcano in Iceland sent new tremors on April 19, but the ash plume which has caused air traffic chaos across Europe has dropped to a height of about 2 km (1.2 mi), the Meteorological Office said. (REUTERS/NERC Satellite Receiving Station, Dundee University, Scotland) 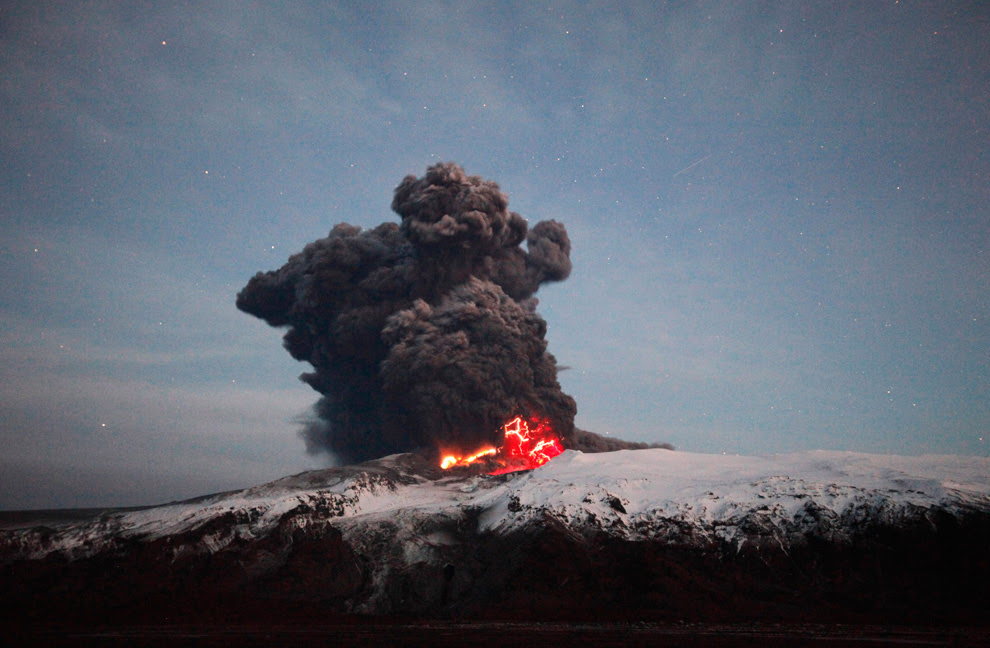 Lava and lightning light the crater of Eyjafjallajokul volcano on April 17, 2010. (REUTERS/Lucas Jackson)

Check out the web page, and drop us a line if you'd like to attend.

A third obituary, written by Michael Fourman, has appeared in The Independent.

The Digital Economy Bill is slated to receive it's second reading on Tuesday 6 April, the day the government plans to call for election. This timing will enable it to go into a 'wash up', a process by which bills are approved on the action of the whips alone without scrutiny by MPs. Controversial parts of the bill could be rushed through with as little as 90 minutes of debate. This is particularly disturbing because of the bill's effect on civil liberties.

The bill's 'three-strikes' provision would allow an entire family to be disconnected because a teenager downloaded songs or videos in violation of copyright, without due process in the courts. The same provision may make it difficult for internet cafes, hotels, or universities to allow internet access. The bill also could make it difficult to offer any website that stores material for users, since in theory the stored material may violate copyright. Provisions of the bill may also be used to shut-down public interest websites such as WikiLeaks (which publishes leaked, and hence copyrighted, work).

A detailed description of how your service could be cut off is given by Digital Wrong. An assessment of the civil rights implications is given by Liberty. An article summarizing the bill appears in The Guardian. Organizations campaigning against the bill include Open Rights Group and 38 Degrees. The latter link takes you to a web application that will allow you to send an e-mail to your MP in only a few minutes.

A second obituary has appeared in the Guardian.