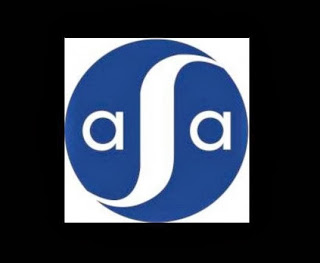 Jews for Justice for Palestinians reports that on 16 December 2013, the American Studies Association voted, 66% to 33%, to join a boycott of Israeli academic institutions.

As a Professor of Theoretical Computer Science, I have few qualifications that relate to the debate over independence for Scotland. But I do have one: like all who work in computing, I am familiar with FUD.

From The Jargon File:


FUD: /fuhd/, n.
Defined by Gene Amdahl after he left IBM to found his own company: “FUD is the fear, uncertainty, and doubt that IBM sales people instill in the minds of potential customers who might be considering [Amdahl] products.” The idea, of course, was to persuade them to go with safe IBM gear rather than with competitors' equipment. This implicit coercion was traditionally accomplished by promising that Good Things would happen to people who stuck with IBM, but Dark Shadows loomed over the future of competitors' equipment or software. After 1990 the term FUD was associated increasingly frequently with Microsoft, and has become generalized to refer to any kind of disinformation used as a competitive weapon.

Much FUD has been slung by the opponents of independence.

The opening salvo was Jose Manuel Barroso's announcement, in December 2012, that an independent Scotland could not presume admission to the EU. Really? As Scottish Deputy First Minister Nicola Sturgeon said, “No serious person can argue that it is anything other than in the interests of the EU to keep Scotland in continuous membership”.  Barroso's statement was pure FUD (or bunkum), prompted by Cameron and by Spain's concern that Scottish independence might strengthen Basque aspirations.

Another example is when George Osborne and Danny Alexander reiterated, in April and November 2013, that Scotland could not rely on England agreeing to a currency union. Really? Yet even Alisdair Darling, head of Better Together, had aleady admitted in January 2013 that “Of course, it would be desirable to have a currency union... If you have independence, or separation, of course a currency union is logical.”  Alexander's and Osborne's statements don't go so far as to rule out monetary union; their purpose is to trowel FUD over the future of Scotland.

And when the SNP released its White Paper this month, it was another occasion for opponents to cast aspersions. Danny Alexander immediately claimed a £1.6 billion gap in funding. Really? Finance Secretary John Swinney responded “The No campaign's numbers are all over the place. If we go back to September, they were alleging a £32bn black hole in the finances of an independent Scotland. That came down in November to £10bn and we have now got a claim of £1.6bn. When you look at the Treasury analysis there is no account taken of the positive impact on the economy of any of the measures we have set out to boost growth within the Scottish economy.” Critics of the White Paper need not engage seriously with its premises. Spreading FUD is more effective.

Which is not to say that the future is certain. Any large change such as independence of necessity makes the future harder to predict. But we can see some consequences of independence clearly. We will avoid the £25bn cost of Trident. We will maintain free tuition for students, free prescriptions under the NHS, and free nursing for the elderly, benefits Scots enjoy and the English are denied, and which without independence we will face pressure to revoke. We will be free to maneuver in an uncertain future based on the vision of the Scots rather than the conservatism of the Tories.

Let's examine our choices clearly, and recognise FUD for what it is: the way the Powers That Be, whether IBM, Microsoft, or the UK Government, seek to keep others from considering better alternatives.