In June, the EU avoided voting for Articles 11 and 13, which have the potential to end the web as we know it. Now they're back; the vote is 12 September. Up to date info is at Creative Commons, links to help you write, call or tweet are at SaveYourInternet.eu. Below is what I wrote to my MEPs. If you are an EU citizen, you should write too; WriteToThem makes it easy.

I write to you greatly disturbed by the new proposals for copyright. These would require any service provider to maintain large, expensive, and ineffective filters. While YouTube, Twitter, or Facebook will have no problems funding these, they will prevent the next innovative service from getting off the ground. Experience with such filters show that they ban all sort of material which should be in the public domain or which is fair use.

I am also concerned by the resurrection of the "link tax". Previous experience with adding a link tax in Germany and Spain showed that the newspapers that requested it soon stopped using it. It is particularly worrying that the legal formulation chosen will invalidate Creative Commons licenses. Many academic journals (including the one which I edit) depend crucially on Creative Commons, and passing a law that invalidates it is against the public interest.

An excellent one-page summary of the issues, with further links, can be found here:

The web has been a huge boon to innovation, creativity, cooperation, and scientific progress. Please don't kill the goose that lays the golden eggs. 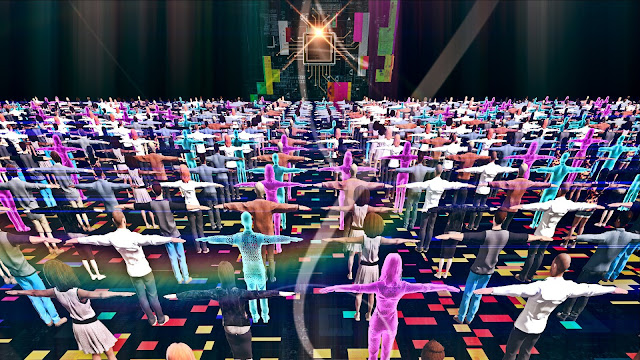 A thoughtful article by Yuval Noah Harari in The Atlantic. Anyone working in computing should be considering the issues raised.


[A]s AI continues to improve, even jobs that demand high intelligence and creativity might gradually disappear. The world of chess serves as an example of where things might be heading. For several years after IBM’s computer Deep Blue defeated Garry Kasparov in 1997, human chess players still flourished; AI was used to train human prodigies, and teams composed of humans plus computers proved superior to computers playing alone.

Yet in recent years, computers have become so good at playing chess that their human collaborators have lost their value and might soon become entirely irrelevant. On December 6, 2017, another crucial milestone was reached when Google’s AlphaZero program defeated the Stockfish 8 program. Stockfish 8 had won a world computer chess championship in 2016. It had access to centuries of accumulated human experience in chess, as well as decades of computer experience. By contrast, AlphaZero had not been taught any chess strategies by its human creators—not even standard openings. Rather, it used the latest machine-learning principles to teach itself chess by playing against itself. Nevertheless, out of 100 games that the novice AlphaZero played against Stockfish 8, AlphaZero won 28 and tied 72—it didn’t lose once. Since AlphaZero had learned nothing from any human, many of its winning moves and strategies seemed unconventional to the human eye. They could be described as creative, if not downright genius.

Can you guess how long AlphaZero spent learning chess from scratch, preparing for the match against Stockfish 8, and developing its genius instincts? Four hours. For centuries, chess was considered one of the crowning glories of human intelligence. AlphaZero went from utter ignorance to creative mastery in four hours, without the help of any human guide.

Based on a True Story 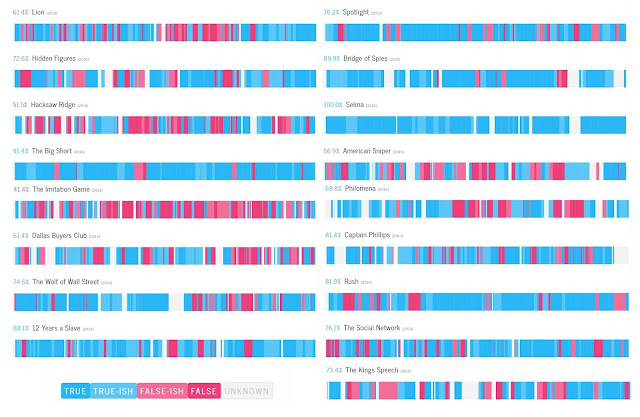 How much of a movie "based on a true story" is actually true? Here is the answer for seventeen movies, ranging from 41% to 100% true. Spotted by Simon Fowler.

Update: the original graph comes from Information is Beautiful.