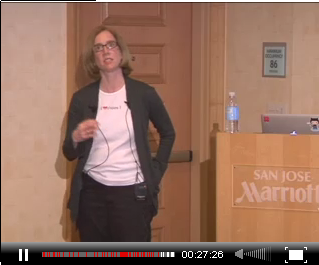 A presentation by Carin Meier at Clojure/West.  Only time I've been accused of writing poetry.  Spotted by Mitch Wand. 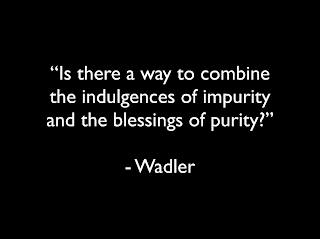 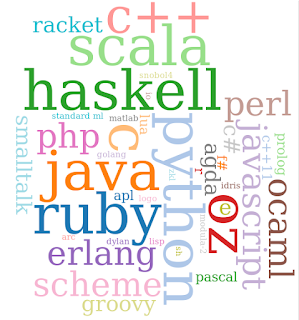 Bernard Lambeau created the Programming Language Tag Cloud, reminiscent of Wordle.  It is based on texts submitted by the public; contribute today!  Above, languages currently covered, below Haskell, C, Clojure.  Random juxtaposition endows Haskell with a 'wonderful experimental semantics' and a 'sophisticated ecosystem of monads'. 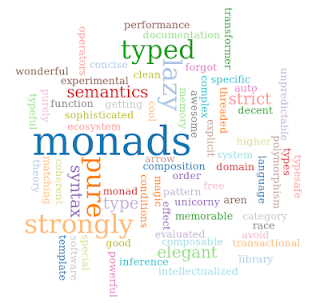 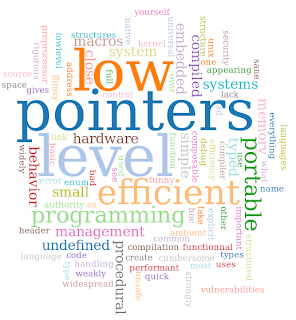 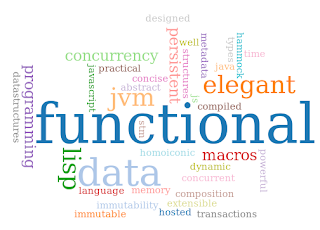 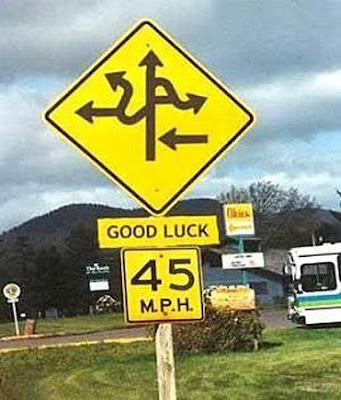 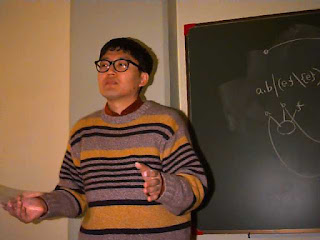 Kohei Honda died of a stroke on Monday 3 December 2012.  It was sudden, and many of us still have not taken it in.  My recent paper is a direct descendant of Kohei's work on session types, and I had been fortunate to have the opportunity to work with him on a grant proposal in the last few months.  I spent some time liaising with the W3C on XML and Sun on Java, so I can appreciate the far greater effort involved in Kohei's work liasing with the W3C on WS-CDL, with Cognizant, Red Hat, and VMWare on Scribble and Savara, and with the OOI, all on applications of session types.  Few academics both make deep technical contributions and successfully communicate these to practitioners.  I am sure the theoretical computing community will continue to build on his work, and I hope more computer scientists will emulate his efforts to liaise with practitioners, which should serve as a role model for us all.

Tech Mesh was my second developer conference this year, the first being QCon.  While QCon had a track devoted to functional programming, Tech Mesh was devoted to 'alternative programming', meaning FP, in its entirety, with keynotes on Haskell, Clojure, and Erlang, and other talks covering Scala and F#.  A highlight for me was meeting Rich Hickey.  I am impressed that in five years he has taken Clojure to the same place it has taken Haskell twenty years to reach.  Another highlight was seeing Joe Armstrong, Robert Virding, and Mike Williams deliver a joint keynote.  Slides for the Haskell keynote (Peyton Jones, Hughes, and Wadler) are here, and for my other talk are here.

Another pleasure was meeting Clojure developer Bodil Stokke, who was wearing a shirt reading `A monad is just a monoid in the category of endofunctors. What's the problem?'  I'm grateful to Pelotom for an answer on StackOverflow with a definitive explanation of this statement and its spurious connection to myself. 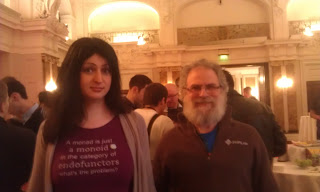