An Open Letter to Alex Salmond 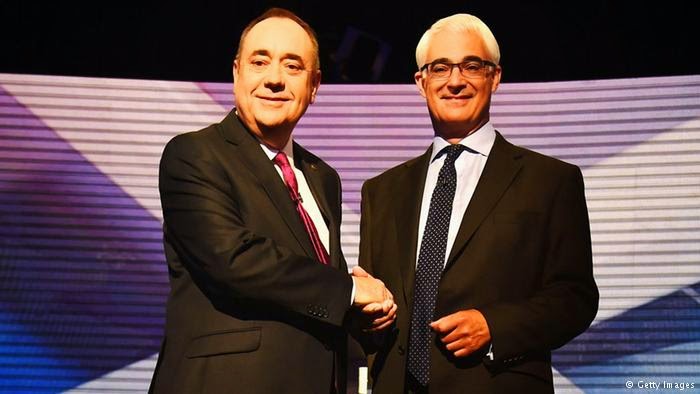 There may be reasons to stick to the story that all will be smooth sailing in the event that Scotland becomes independent, but everyone knows it is not true.

Last night's debate makes it clear that refusal to discuss Plan B for currency hurts more than it helps. The same could be said for how negotiations will proceed over Trident, the EU, Nato, pensions, education, and the economy.

You took too long pressing Darling to admit that Scotland could succeed as an independent country, which you did to show that he too has issues with the truth. Last night's audience failed to get a straight answer from either side, and that led to their verdict: the debate was a disappointment.

It's time for an about face. Tell the truth. Independence will be stormy.  The transition will not be easy. We cannot be certain of the outcome, save that it will put Scotland in a position to make its own decisions.

The future is indefinite, whether we opt for independence or no. The probable outcome if Scotland remains in the UK is growing social injustice, austerity for the poor and more for the 1%, bedroom tax, referenda on whether to stay in the EU. You made these points last night, but they were overshadowed by your inability to admit that independence has risks too.

Truth will be refreshing. It will knock all loose and reinvigorate the debate. It may restore part of Scottish people's faith in the political process, something we sorely need regardless of which side wins in September.

If you stick to your current strategy, polls make it clear that No will win. It's time for Plan B.