A paean to the Western General 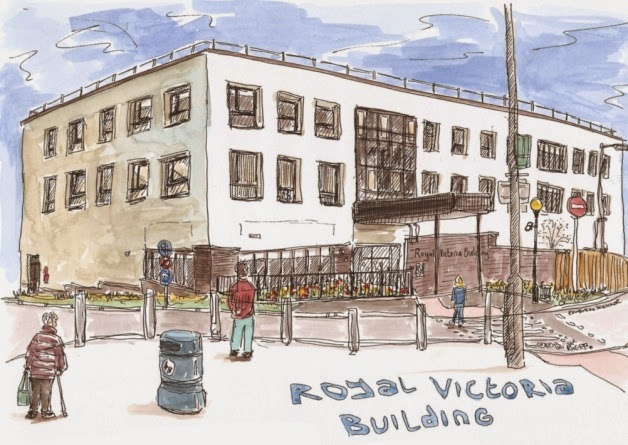 I resided in Ward 42 of the Regional Infectious Disease Unit of Edinburgh's Western General Hospital from 17 Dec—2 Jan. For most of the time I received antibiotic by drip or injection every four hours, day and night, and I thought my stay would be six weeks. Fortunately, my infection reacted well to antibiotic and I could be released early for outpatient treatment.

The building is ugly, but the people inside it are beautiful. I cannot recall another time or place where everyone was so unfailingly helpful and friendly. On the first day, a nurse found a staff member willing to lend me a charger when my phone ran down. The doctors took as much time as needed to answer my questions. The nurses were cheerful despite constant interruptions. The men who brought the coffee remembered that I liked it with milk, and one often asked after my twins (he had twins as well). No one objected when my daughter brought me a poster of the Justice League and I blue-tacked to my wall; several admired it.

Most often, I interact with institutions where the people who help you are, clearly, in it for the pay. They are nice only to the extent required by their job, and often less than that. Part of the difference in attitude here must be that the people know they are actively helping patients in need. I take my hat off to an institution that inculcates a caring attitude in everyone.

(Picture above courtesy of The Edinburgh Sketcher, whose pictures adorn a couple of corridors in the Western General. The RIDU is a different building, though somehow every building in the complex contrives to be equally unattractive.)