Naomi Klein: The Best is Yet to Come 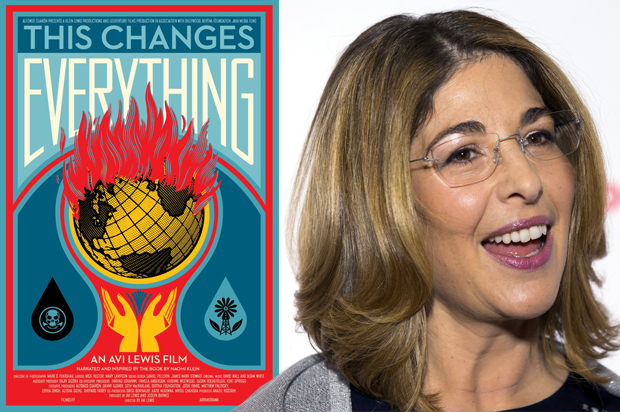 Amidst all the bad news, Naomi Klein shines a ray of light.


Taken together, the evidence is clear: The left just won. Forget the nomination—I mean the argument. Clinton, and the 40-year ideological campaign she represents, has lost the battle of ideas. The spell of neoliberalism has been broken, crushed under the weight of lived experience and a mountain of data.

What for decades was unsayable is now being said out loud—free college tuition, double the minimum wage, 100 percent renewable energy. And the crowds are cheering. With so much encouragement, who knows what’s next? Reparations for slavery and colonialism? A guaranteed annual income? Democratic worker co-ops as the centerpiece of a green jobs program? Why not? The intellectual fencing that has constrained the left’s imagination for so long is lying twisted on the ground. ...

Looking beyond this election cycle, this is actually good news. If Sanders could come this far, imagine what a left candidate who was unburdened by his weaknesses could do. A political coalition that started from the premise that economic inequality and climate destabilization are inextricable from systems of racial and gender hierarchy could well build a significantly larger tent than the Sanders campaign managed to erect.

And if that movement has a bold plan for humanizing and democratizing new technology networks and global systems of trade, then it will feel less like a blast from the past, and more like a path to an exciting, never-before-attempted future. Whether coming after one term of Hillary Clinton in 2020, or one term of Donald Trump, that combination—deeply diverse and insistently forward-looking—could well prove unbeatable.