Ride the Route in support of Option A 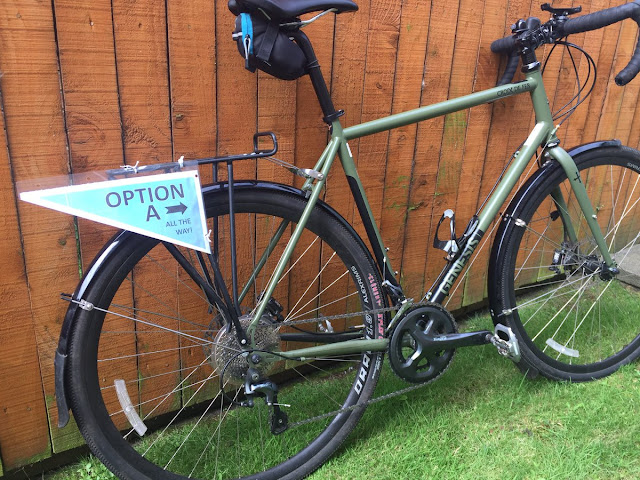 I've written before about the Edinburgh West-East Cycle Route (previously called Roseburn to Leith Walk), and the importance of choosing Option A over Option B.


It's fantastic that Edinburgh has decided to invest 10% of its transport budget into active travel. If we invest regularly and wisely in cycling infrastructure, within twenty years Edinburgh could be a much more pleasant place to live and work, on a par with Copenhagen or Rotterdam. But that requires investing the effectively. The choice of Option A vs B is a crucial step along the way. Option B offers a far less direct route and will do far less to attract new people to cycling, undermining the investment and making it harder to attract additional funding from Sustrans. Unless we start well, it will be harder to continue well.

SNP Councillors are putting it about that since Sustrans awarded its competition to Glasgow rather than Edinburgh that the route cannot be funded. But that is nonsense. Edinburgh can build the route on its own, it would just take longer. And in any event, year on year funding from Sustrans is still available. But funding is only likely to be awarded for an ambitious project that will attract more folk to cycling, and that means Option A.

(Imagine if auto routes were awarded by competition. You can have the M80 to Glasgow or the M90 to Edinburgh, but not both ... Sort of like the idea of holding a bake sale to fund a war ...)

Supporters have organised a Ride the Route event 8am Monday 29 August, leaving from Charlotte Square, which will take councillors and press along the route to promote Option A.  (And here's a second announcement from Pedal on Parliament.) I hope to see you there!