"This must be your first" 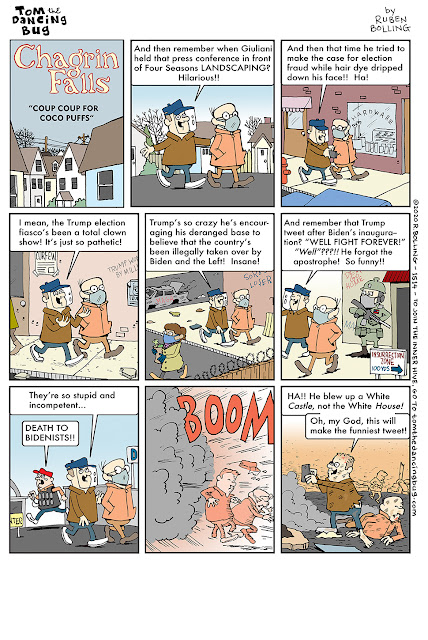 Zeynip Tufekci, writing in The Atlantic, explains why Trump's ludicrous attempt at a coup cannot be laughed away.

The next attempt to steal an election may involve a closer election and smarter lawsuits. Imagine the same playbook executed with better decorum, a president exerting pressure that is less crass and issuing tweets that are more polite. If most Republican officials are failing to police this ham-handed attempt at a power grab, how many would resist a smoother, less grossly embarrassing effort?

(Image from Tom the Dancing Bug.)