The Plutus team is hiring 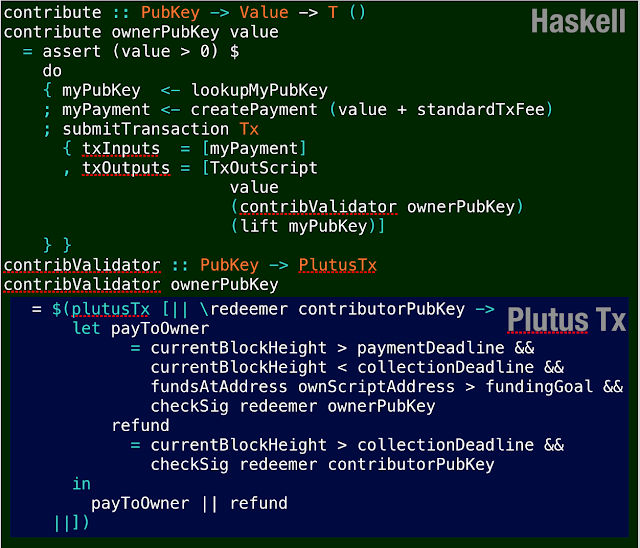 IOG, formerly known as IOHK, is hiring two new members for the Plutus team, currently led by Manuel Chakravarty and Michael Peyton-Jones. One of the posts is for a new leader, but don't worry, Manuel and Michael are both staying; the other post is someone to work on developer relations and communications. People working with the Plutus team include myself, Simon Thompson, and John Hughes. Plutus is a library for Haskell that provides smart contracts for Cardano. Ada, the coin of Cardano, is (as of last week) the fourth-largest cryptocurrency by market capitalisation, at USD$32 billion.
Details below. Let me know if you have any questions.
Software Engineering Lead - Plutus

We are searching for a Software Engineer to lead our Plutus team. The Plutus team is building the core of Cardano’s smart contract functionality on the bedrock of functional programming languages. We are an interdisciplinary team who do original R&D and turn it into production systems.

In the past few years, the Plutus team has:

Such a heady and complex mixture of research, development, and design work needs a competent leader to keep it all working well. If that sounds like fun to you, drop us a line!

The Cardano ecosystem is expanding and software developer interest is increasing rapidly, so we are looking for a Developer Relations Specialist for the Plutus smart contract programming platform. You will help build, nurture and manage new relationships within established blockchain and smart contract development communities, especially Ethereum.

This role will put you at the forefront of an exciting developer ecosystem at a crucial time in its development, winning and onboarding partners, feeding any requirements and proposals back into the business, and helping rapidly expand a healthy, productive Cardano developer base.

To enjoy this role you will be someone who is passionate about blockchain technologies and the real problems they can address. You will have a proactive, problem-solving attitude, and enjoy working with customers and representing IOG at conferences, meetups, podcasts, etc.