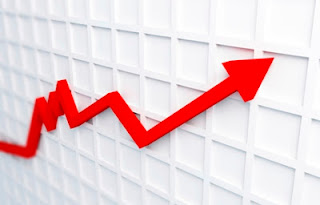 The second question is, whether there are local economic long term benefits to fundamental research. It may be the case, as there is other benefits to long term research than just the results.

You were asking for research regarding fundamental research' effect upon economic growth. I no of none, but I am not an economist nor scientist. Though, I would think that we cannot answer that question either. You are looking for one long term signal/source among thousand of signals. And compared to the big ones, like rule of law, institutions, competitive markets, sensible regulation, freedom from war, secure property rights, ... I would guess fundamental research is a relatively week signal. Finding a long term and relatively week signal, seems beyond the ability of economics to me.

Anyway, fundamental research seems like a moral duty to me (not personally doing the research, but as a society). By historical standards the wealth, possibilities and understanding (of the world) enjoined by even a poor westerner is amazing. I think the least we can do, is ensure that coming generations can enjoy the same and more. Fundamental research will help further this aim.

I think Mads is fundamentaly right on all points. The causes economic growth are not well understood, and while fundamental research, and education do seem to be correlated with growth, a causal connection isn't obvious. I learned most of what I know about economic growth from Diedre McCloskey's very entertaining book Bourgeois Dignity. There is a rough draft here .

We talked briefly at Alex Simpson's inaugural, and I suggested that there were interesting points to be made about the way that Gemany overtook Britain in the late 19th C. as an industrial power by investing in pure, as opposed to applied research. So, now that I am back at home, I've had a chance to look at some of my books, and, indeed, the discussion is more or less what i remembered it to be, and in the place I remembered it to be, vis.

The core of the discussion I was thinking of really gets going at the bottom of page 344 and is particularly striking from bottom page 346 onto page 347.

The situation was clearly different in the late 19th C., but the point is easily carried over, that the German economy was able to come from far behind and overtake the British economy as the world's leading industrial technological power because it was willing to invest enormously in theoretical 'book' learning and the associated intellectual culture, rather than focussing on practical and directly applicable industrial research, with which the British were obsessed, because the result was a huge reserve of sophisticated, intellectually flexible, and highly trained people who were then available _after they had been educated_ and _outside the universities_ to be employed in applied work in industry.

Landis also recaps the same points in The Wealth and Poverty of Nations, his big popular book which he published much later, see, e.g., page 283 there for some striking remarks.

Update: The book is 'The Unbound Prometheus', and the edition of The Wealth and Poverty of Nations is the Norton hardback edition, which quite possibly has different pagination from the British edition.

In the second part of the BBC documentaries "Civilization," Niall Ferguson discusses the role of science in civilization. I didn't see it yet, and I doubt it will discuss fundamental research. Maybe you'll find some rationale there?

Ursula Martin pointed me at the following article. It provides evidence that in high-tech industries there is a 'premium' for basic research. I could not work out whether it compared the efficacy of basic research to R&D, however, the researchers do note that basic research is harder to fund than R&D, which may make it appropriate for governments to reconsider the balance between basic and applied research.