Programming language designers should perform more empirical studies of the sort published at Plateau. Last night I saw a paper which compared the author's language, Quorum, to Perl and a 'placebo' language with syntax chosen at random, dubbed Randomo.

Perl users in our study performed notably poorly, not only performing less well than Quorum, but no better than a language designed largely by chance.While Perl has never had a particular reputation for clarity, the fact that our data shows that there is only a 55.2 % (1 - p) chance that Perl affords more accurate performance amongst novices than Randomo, a language that even we, as the designers, find excruciatingly difficult to understand, was very surprising. This is especially true, we think, considering we chose to test only the syntax in Perl that is relatively common across a number of languages (e.g., if statements, loops, functions, parameters). Considering that Java syntax, which many would arguably consider to be easier to understand than Perl, uses similar syntax, we are curious how it would perform. Given this interesting first result, we plan to test a number of additional languages using the same procedures. 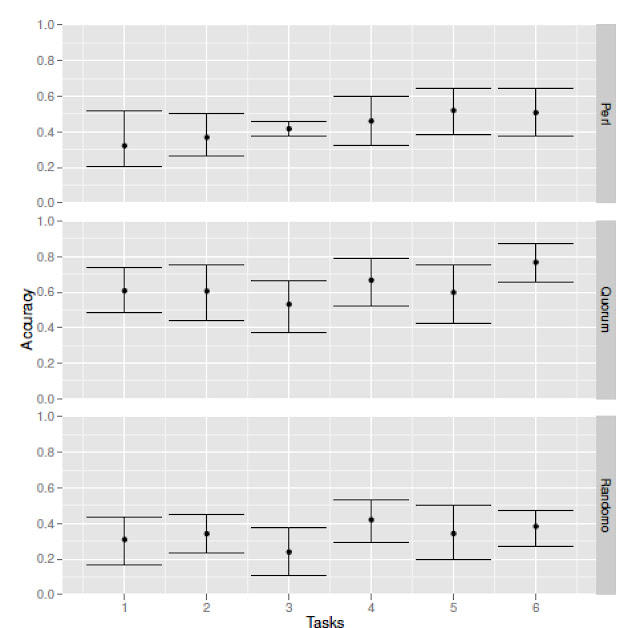 I read the paper, this sample size was 18 individuals.
Also the sample code presented did not represent well written perl code. Hard to believe they got a grant for this really.