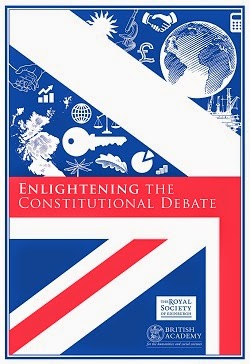 One ongoing debate regards the 'funding gap' that might be faced by Scottish science in event of independence. I've been trying to track down numbers. Not surprisingly, it depends on what assumptions you make.

The Royal Society of Edinburgh sponsored a series of discussions, now available in print and online, Enlightening the Constitutional Debate.  The following appears on page 182:


To maintain the international quality of our research base, Professor Paterson added, we must maintain our access to international funding and maintain our international standards. To do so, it has been calculated that an independent Scotland would need to find an extra £300 million in funds per annum – double the amount currently distributed by the Scottish Funding Council.

Lindsay Paterson is my colleague at the University of Edinburgh, so I wrote to him asking the source of his figures. He referred me to his detailed notes, where he explains (footnote 35) that


Public expenditure on research in Scotland is about 0.95% of GDP, whereas the average in the comparison developed countries noted in that footnote is 0.7%. The difference, 0.25%, is £325 million in a GDP of £130 billion.

So what is the actual 'funding gap'? Michael Danson at Heritot-Watt University has written a note that explains the numbers. Scotland wins 10-11% of the funding from UK Research Council, but pays only around 9% of taxes. In addition, there is funding from the remainder of the UK government and from UK charities. Adding it all up, he puts the shortfall between £97 and £143 million, where the latter figure makes the assumption that no UK charity will contribute a pence to Scotland. On more reasonable assumptions, a figure of around £100 million seems more likely. As he notes, that's less than the rise in science funding the Scottish Government has already approved over the last decade.

That's two estimates. What figures have you seen for the funding gap?